Difference between revisions of "3DO"

The 3DO Company (formerly THDO on the NASDAQ stock exchange), also known as 3DO (short for three-dimensional operating system), was a video game company. It was founded in 1991 under the name SMSG, Inc. (for San Mateo Software Group) by Electronic Arts founder Trip Hawkins in a partnership with seven companies, including LG, Matsushita (now Panasonic), AT&T Corporation, MCA, Time Warner and Electronic Arts. 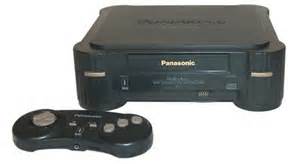 After 3DO's flagship video game console the 3DO Interactive Multiplayer failed in the marketplace, the company exited the hardware business and became a third-party video game developer. It went bankrupt in 2003 due to poor sales of its games. Its headquarters were in Redwood City, California in the San Francisco Bay Area.