Difference between revisions of "Codebreaker" 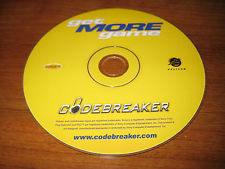 The first CodeBreaker device was a rebranded Xploder cartridge when released on the Playstation. Later revisions for PSX were likely based off the same software. Other versions have shown up on Dreamcast, GameBoy Color, GameBoy Advance, Playstation 2, and now NDS.