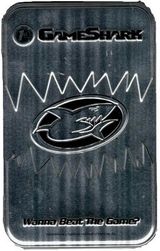 In the GameShark 2 the codes were in encrypted form to prevent the use of codes on other Game Enhancers. There was also a memory card manager which allows for the compressing and uncompressing of game saves, and a region free DVD player. The software came on a DVD and new codes could be saved to a memory card. A special memory card was also included which contained game saves for several games.

Early versions of the GameShark 2 are incompatible with later generation PS2's. Unfortunately, the only option was to find a older PS2 or contact Mad Catz and get a replacement disc.

These are features found in most GameShark incarnations.